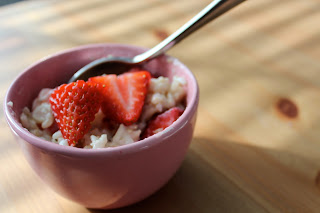 I wish more people wrote letters. Or even emails to each other more often. I love to get messages that just say hi. Or any mail that is something that is personally for me. Not just a bill, or advertisement. A real personal something that someone took the time to complete, and send off to me. A real letter is a real treat. It is something that takes time, effort, and thought. So I understand why they don't happen all the time. But it seems like they don't have ever anymore. Ever.

It's kind of sad. But it's real. Letters have become too old fashioned since they invented the telephone. Why not just pick up the phone and call someone. It's instant. It's convenient. It's easy. And yet no one seems to do it anymore since the invention of text messages. But maybe what has happened is that the communication train has just gone full circle. A text is like an instant letter. It's an instant little hello note that conveys something. Sometimes its content isn't profound or romantic, but it still requires thought, time and effort. the same ingredients as a letter. And sometimes, just sometimes I find that those texts are just as romantic and heartfelt as a letter would be. And maybe because a text message is a limited number of characters it also takes the pressure off to write down a large amount of loving feelings.

So maybe what has happened is that really everyone sends multiple letters a day. They just don't look the same that they used to. And since we are able to talk on the phone, or communicate more easily, maybe the text message is really just the modern day love note. And since we can an unlimited number of texts a day, we don't need the large piece of paper, or the full letter size to convey our message.

Just don't be gross about it. 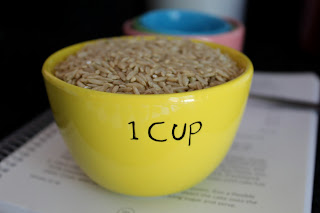 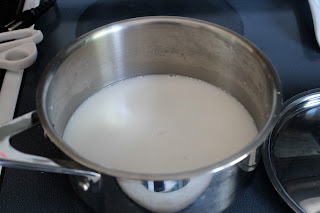 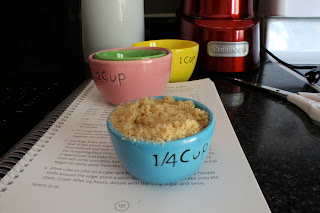 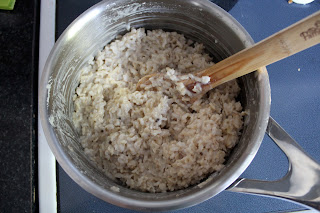 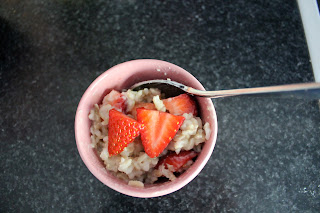 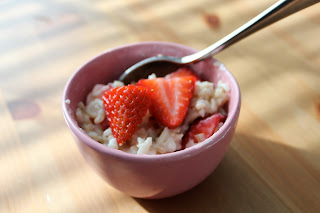 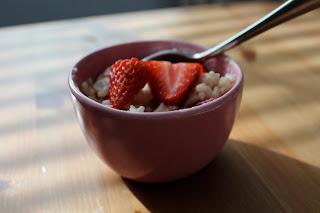 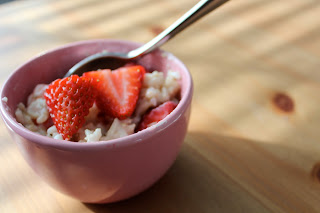 Directions:
1. In a medium saucepan over medium heat, combine water, 1 cup coconut milk, rice, salt, and sugar.  Bring to a boil, stir, reduce heat to very low, and cover.  Cook until rice has absorbed the liquid about 35 minutes.
2. Remove from heat and stir in vanilla.  Add remaining coconut milk and stir to incorporate.  Add more coconut milk as desired.
3. Top with some ground cinnamon and fresh strawberries. 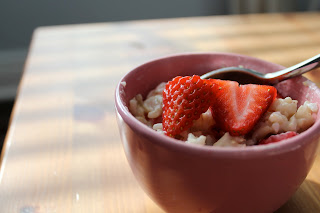