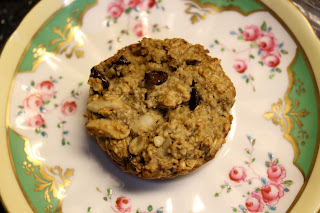 It's easy to make things go smoothly. Sometimes. Well actually, most of the time, and especially when you know what you doing. In these cases there shouldn't be a problem with knowing how to keep the process flowing.

It's when you start or get something new that the problems seem to pop up.  Is that why everyone is so resistant to change? To new processes? To new concepts? I think so. It's much easier to do things you know how to do. It's much less intimidating. It's relaxing. New stuff is hectic and for me normally results in a slightly major panic. The worst new thing? That new smell (normally just in a new car, but it can totally be transferred to lots of new things...new co-workers, new furniture, new babies, new bed sheets, new Abercrombie & Fitch t-shirts...case and point.) That smell is totally unfamiliar. And it's probably one of the most intimidating things in the world. It smells new and trust me everyone knows it's new.  So the first time something gets "effed" up in and/or around it everyone knows. And I mean everyone. Well, probably more just you because you know how new it is and now it's technically not new because something has happened to it to make it now used. Used. Broken in. Never going to have that new smell again.

But isn't that ok? Isn't that what you want? To no longer be afraid of the new thing/situation/whatever? Some of my favourite things are broken in and used to that point where they are comfortable. I am not longer afraid of "breaking" them in. They are "in". I am not afraid to use them because they are at the point where I know it and it knows me. It's a nice intimate relationship. Nicely familiar. Now, it seems that we have just come full circle -- we went from comfortable, smooth processes, to starting at the bumpy-bumpy new start where things seem scary. But once you break the new thing in, get rid of the new "smell", so to speak, it starts to become comfortable. But it's a funny paradox. You don't want to break in that new thing because it's new and you want it to remain pristine forever. However, you are never really comfortable with that new thing until you have put your mark on it enough to be comfortable with it. I know I am afraid of being the person that is the first to wreck the new thing. I definitely shy away from new things because of it. Much like new tasks. Shy, shy, shy....I can't do that....can I?!

Recent new things? Oat Flour. For me it is. It's part of the whole gluten-free decision I have made. I am finding it is really working out. I feel a lot better. That's a side bar, but just wanted to share that. Going forward I think I am going to be gluten-free as much as possible.  But it was scary at first. What if my baking is dense? What if my Engineer hates everything I make now? What if these muffins fall apart? (Well they are very delicate actually...) What if they don't taste good? What if, what if, what if? Well, let's break it in, shall we? 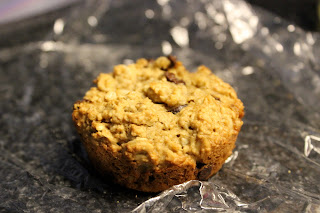 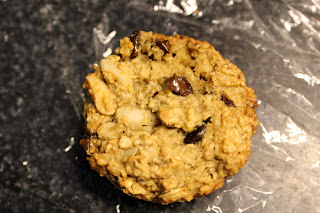 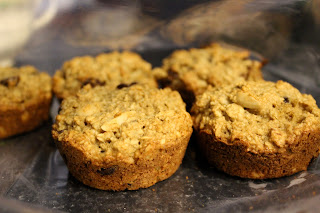 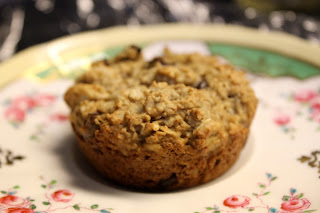 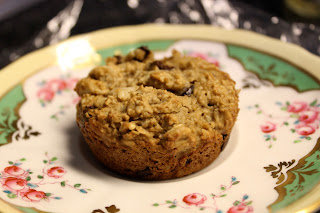 Directions:
1. Preheat the oven to 350 F. Spray a muffin pan with cooking spray and set aside.

4. Add the flour mixture to the wet ingredients and stir until just combine. Add the almonds and the chocolate chips.

5. Scoop the muffins into the prepared muffin pan. Bake for 20 minutes or until the muffins are a light brown colour.

6. Allow to rest for 5 minutes in the pan. Cool fully on a wire rack. Store the muffins in an air tight container for up to 5 days.